What's in a Name?{Thoughtful Rant} 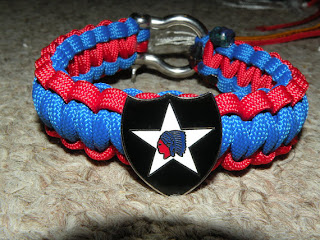 Memorial Bracelets for Non-Profit at The AGOGE on Etsy!


My husband and I were on a date last night at our very favorite restaurant in Leesburg, Va The Wine Kitchen. It is the type of spot that has an unimaginable warmth upon walking through the door. Every time we go we debate on a table instead of the bar, but the bar is cozier. It is also closer to the booze. We sat next to a local couple who started to chat with us. Soon we realize they are a military family, like us. It is now the time to reveal our son's names and their origins.

My first born is Edwin. Named after Spc. Edwin Roodhouse affectionately known as "Rudy" to close family and friends. Roodhouse volunteered after 9/11. He wanted a dangerous job and he wanted to make a difference. A very common attitude among the men my husband served with. I remember when we were thinking about names for our son. My husband told me about "Rudy" and I said,  "I just do not know if I particularly like that name".....and he said, "Well, his first name was Edwin." I knew that was our son's name. I am also going to note here that our son is not the only Edwin. My second son is also named after a hero.

My husband and I were walking around in Florida when he was telling me about Capt. Luke Wullenwaber. I cannot say why, but I felt a real connection with him. We wanted to name our second son Luke. My husband said, "Well, what if it is a girl?" His nickname was, "Lula". I do not the know the history behind that, but maybe one the 506 guys can tell me. I knew regardless our next child was to be named after him. I felt it and needed to honor him in this way. I am also sure my son is not the only Luke too.

When we named our children I did not want people to look at me and go....oh that is so sad you named them after soldiers who died. You must remember that they died doing what they wanted to do. The best our country has to offer. You cannot even fathom how proud I was to name my children after them. They live on and will never be forgotten.