I Did Build That {Mitt Romney's Inheritance} 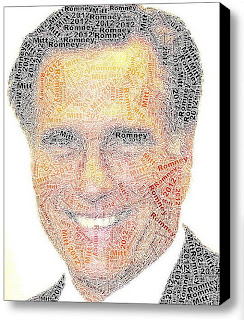 *Disclaimer: Political Debate. Let's not get our panties in a bunch. Speak intelligently, not emotionally people. Who are you going to vote for and why?

Mitt Romney is being depicted as a crook in the business world by the media. A money hungry wolf that cares for no one but himself. I felt compelled to write about this, because I believe this is sorely inaccurate....I want to reveal the Truth! Do you dare open your eyes and ears? Last election I voted for President Obama in the primary's. Yep, you read that correctly. I am a registered Republican, but I will vote for the man who I think is right for the job regardless of political loyalties. I did, however, vote for Senator McCain in the general election after hearing nothing but "Change" over and over again. My fears that Obama was purely "oratorical" was confirmed over the past four years of his presidency.

Our national debt is spiraling out of control without an end in sight thanks to the Obama administration.  I will, however, give credit where credit is due. My husband and I both believe President Obama has done a good job where our National Security is concerned, but that is where I draw the line in the sand.  I want to believe in America again and I think Romney is the guy to get us back on track. Romney was born with a silver spoon in his mouth, right?

Yes, he was born into a wealthy family. His father left him a sum of one million dollars in inheritance money. Most people would not give a dime of that money away let alone donate the entire sum! According to Forbes.com, Romney donated one million dollars to the college of BYU(his entire inheritance) in 1995. Romney started a business with his own monies and was very successful! The fact that Romney wanted to stand on his own feet and not on the back of his father speaks volumes about his character! When my husband came home last week and told me of Romney giving his inheritance to charity I was stunned! Why has Romney's large charitable contributions been placed on the back burner by the media?

Speaking of the media, This morning on Fox News they were discussing a low brow attack from a Pro Obama Super PAC against Mitt Romney trying to link him to a death of a steelworker's wife. Fox News states in their online article that the woman involved had Stage 4 Cancer. I am an RN by trade. Stage 4 CA is when the cancer has metastasized to other parts of your body. It is one step away from hospice. The poor man depicted is obviously still grieving for his wife, but at the end of the day "we"  are responsible for the decisions we make in life. Not Romney, not even Obama. I feel as Americans we are relying on the government more and more. We need to reclaim our independence and the responsibility that goes along with it. Please vote!

It is more important this year than ever before. You do not have the right to complain about the state of our great country if you do not voice your opinion by voting! Right now I am currently reading Bill O'Reilly's book Killing Lincoln (It is absolutely amazing by the way). Abraham Lincoln surrounded himself with people who kept him honest. Especially individuals whose political opinions were different than his. I hope and pray for an "Honest Abe" to take the office soon. Let it be know that I do not think anyone can compare to Lincoln,  but I am ready for a man of substance. Romney is not the most charismatic(this is true), but he is that man of substance. On the contrary, I think President Obama is a good human being. However, we simply cannot ignore the fact that our Economy is in ruins. Not even the charismatic President Obama can conceal the damage his administration has caused.