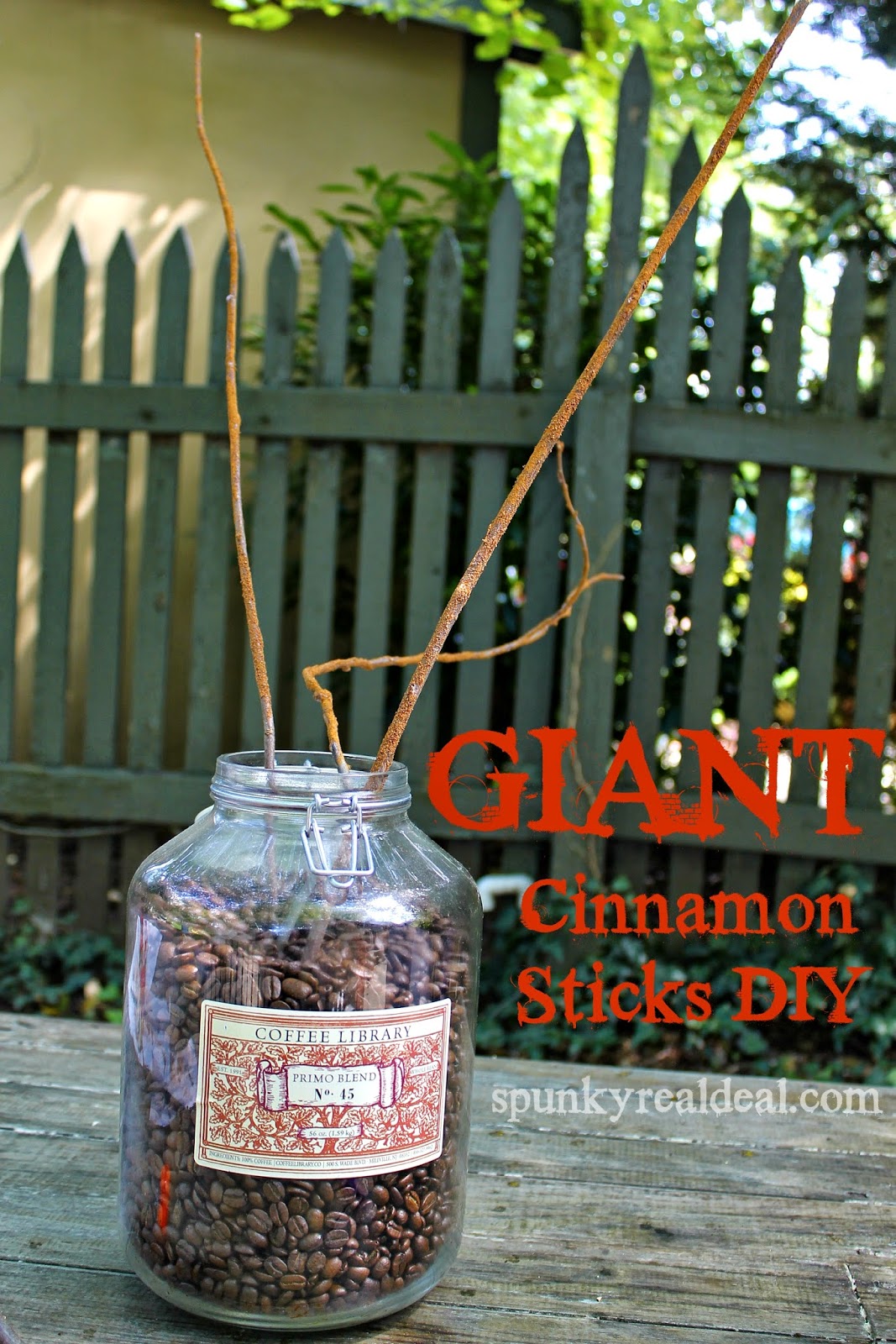 Sniff sniff....scent is a powerful thing! Fall brings about lovely home-style scents of pumpkin, apple, and let us not forget cinnamon! Cinnamon invokes spice, warmth, and feels just like home. AND...if you have a small bathroom with three boys then this could be your natural air-freshener life savior;-) It just so happens that I had a very large jar of stale coffee beans from the "Super Awesome" owner of Weathered Elegance(a spectacular shabby chic shop here in my hometown of Leesburg, VA)! Coffee and cinnamon just happen to co-mingle deliciously and effortlessly! Now...Let's make giant cinnamon sticks! 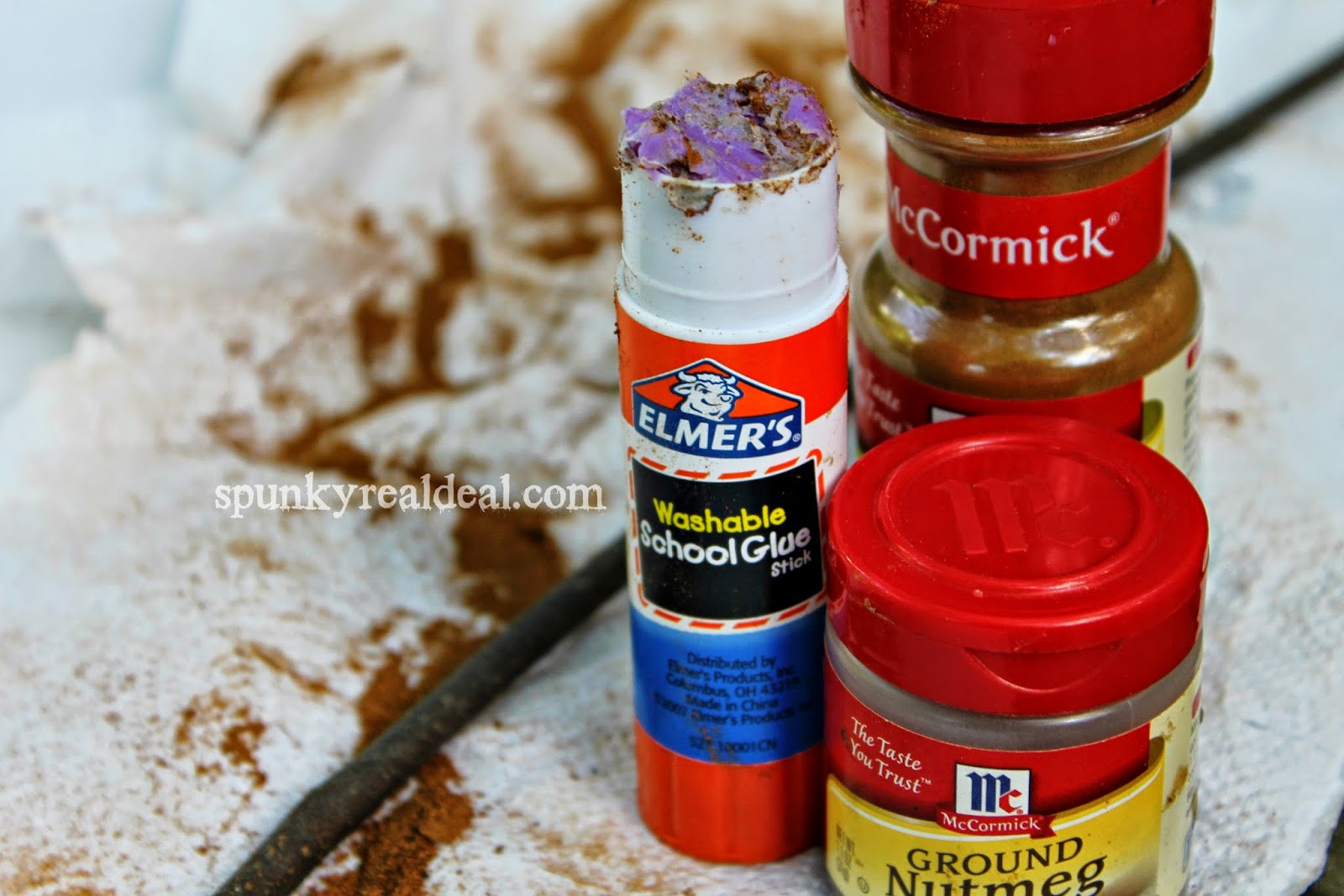 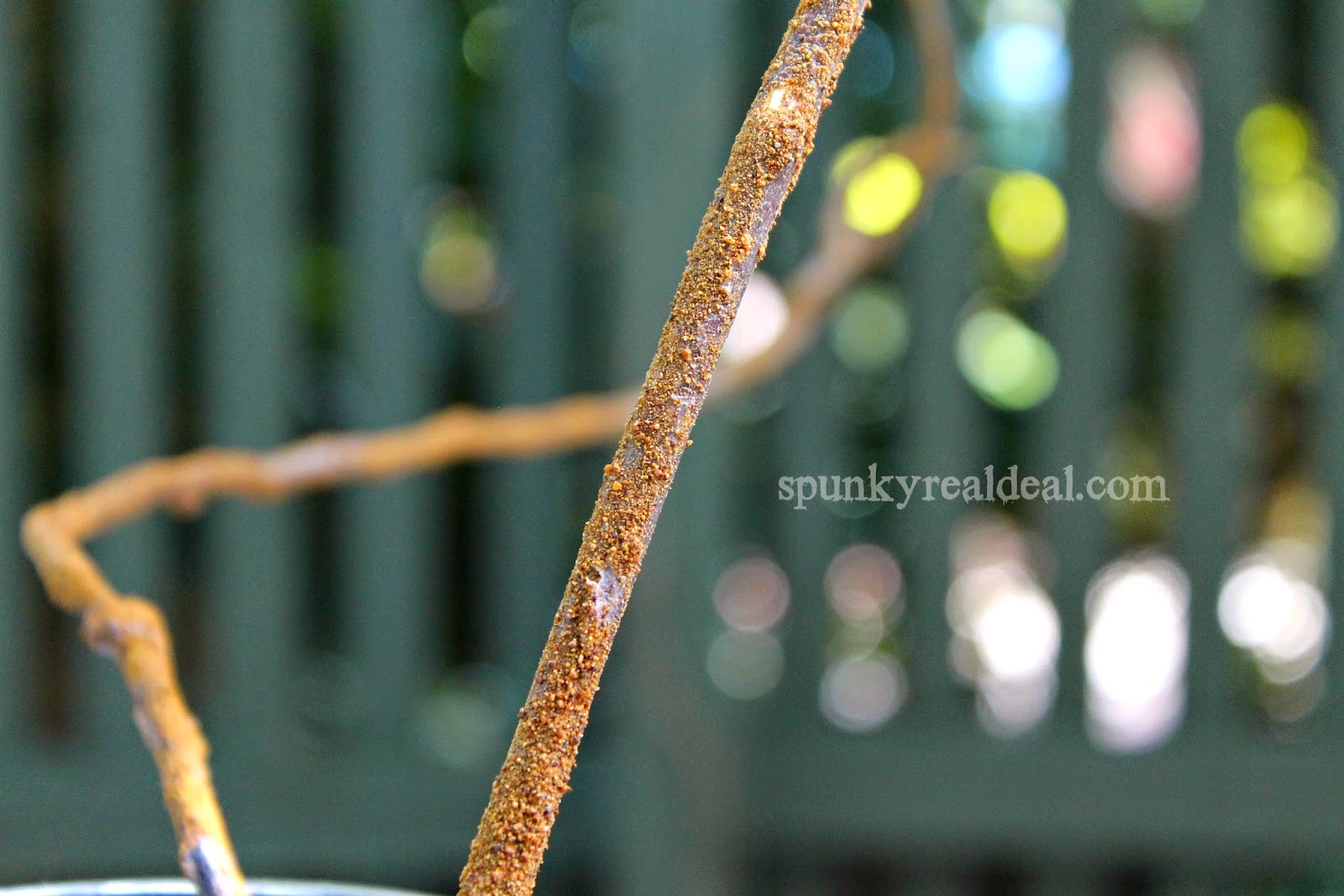 First, gather some freshly dropped sticks. The straighter the sticks the more they look like giant cinnamon sticks. Second, take your Elmer's glue stick and coat your stick leaving the bottom portion of your without glue. Third, take a paper towel or towel covered area and gently shake your spices on top. Clove, Ginger, Nutmeg, and Cinnamon all work fabulously! You can roll the extra from your paper towel onto your glue covered stick. Place your sticks in a jar or vase to dry. Presto! The perfect centerpiece that naturally scents your party and home<3