A Lesson in Letting Go of Control 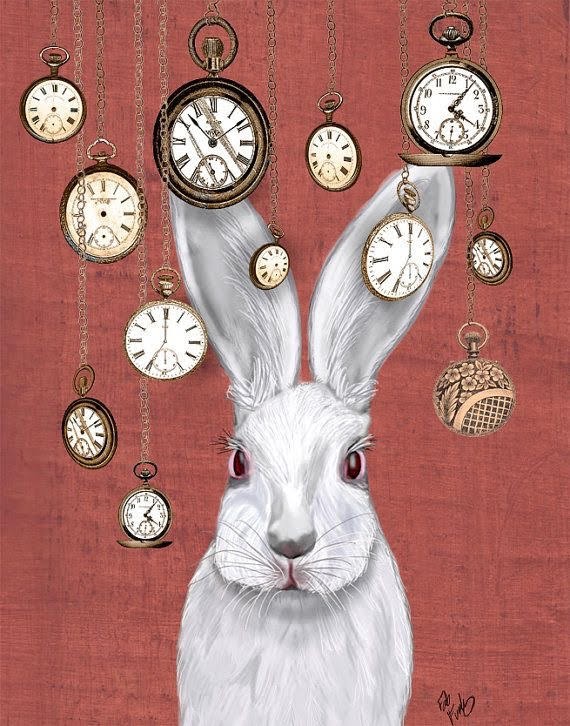 Today, I felt like the white rabbit hopping about madly while yelling at my children to hurry up and get out the door! However, what was I really upset about? It was not actually about being late. It was about controlling my environment and the illusion known as time. Being late is a lie. What will really happen if we are late? Absolutely nothing! We will still exist just the same. Being late may cause us to miss an appointment or flight, but we will not implode. It is just another lie we tell ourselves. Another illusion that leads us down the rabbit hole of disturbed inner peace. We are actually letting this false sense of "time" make us angry and irritable. Being late is just one of the many ways we let life's little illusions disturb us. But why?

Control is the ultimate answer. We hold on tightly to the false belief that we are in control. Oh my dear friends, that is the biggest lie yet! Everything is carefully orchestrated by the universe and spirit. We are here to learn, grow, and love. That is all! Everything that surrounds us including our own physical bodies is a shell. The lies we tell ourselves are carefully constructed by the Ego. Your mind will protect its fragile self at all costs. It will lie to you. Think about a schizophrenic and the voices they hear. The voices are "typically" carefully constructed illusions by the Ego to protect the mind as the result of an emotional trauma.

How do you Let go of control? You have to be ready. It is as pure and simple as that. Give yourself time to feel your pain, but then you must let it go! The alternative is carrying around your pain that transforms itself into fear, anxiety, anger, and hate. What do you have control over? Your actions and responses to a situation. You get to choose what and how a situation affects you. Just like the spider, you are the architect of your own web. Free yourself from the web of lies! Do not let anything or anyone(especially you) disturb your inner sanctuary.